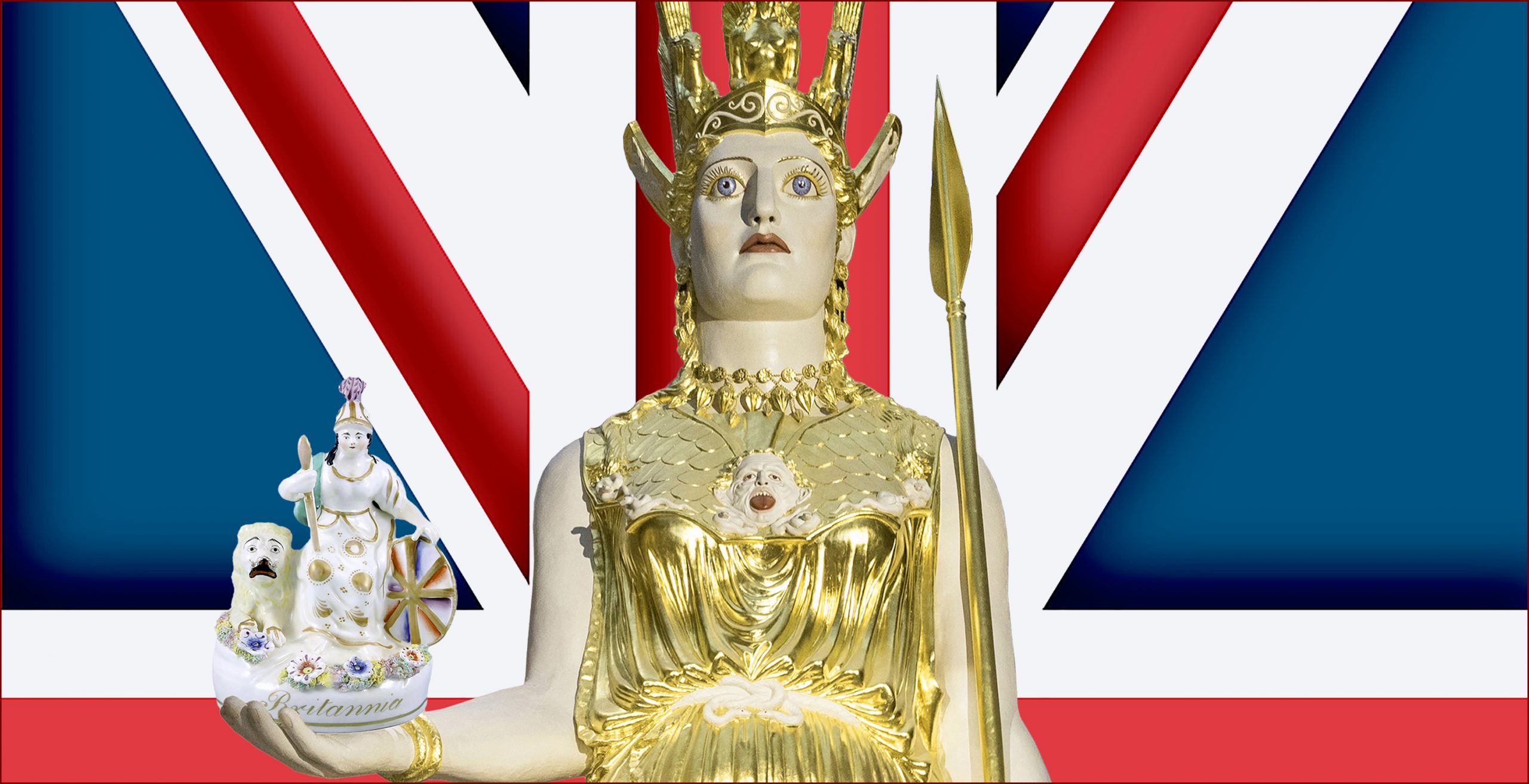 Britannia – Pallas: The Twilight of the Idols

CHANIA.- The Contemporary Art Museum of Chania – Olivepress presents the exhibition Britannia – Pallas: The Twilight of the Idols. The particular presentation is a continuation of the exhibition Prossalendi’s “Britannia” that the Corfu Heritage Foundation organised for the Corfu Festival 2018.

The exhibition’s title refers to the romantic tradition of neoclassicism that covers Prossalendi and the pairing of Athena Pallas and Britannia, two goddesses that are rather intertwined. The subtitle “The Twilight of the Idols” is ideally suited since Britannia in the late 20th and early 21st century is likely on its last legs.

Britannia – Pallas will be presented at the Contemporary Art Museum of Chania – Olivepress between 25 July and 26 September 2021.

Accompanying Catalogue: A fully-illustrated 130-page catalogue, including an essay by Dr Rogakos on Prossalendi’s Britannia and comments on all the contemporary works by Mr Ioannis N. Arhontakis, Ms Georgia Damianou, Ms Georgia Kourkounaki and Dr Constantinos V. Proimos, is published by the Corfu Heritage Foundation (ISBN: 978-618-83770-0-4).